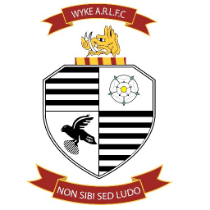 Before the game, the Buffaloes coaching team was a little worried as the side they picked on Thursday night was all played for the first time this season. There was also a fresh look with club Captain Brad Wilson not in the starting 13 for the first time, and Martin Loveridge took his scrum-half berth.

Bramley indeed started brightly with a well-worked move across to their left-hand side, and an early try looked to be there for the taking, but Bramley knocked on with the line open. This was followed two minutes later by a further break down the left wing where the Buffaloes winger just went into touch by the flag.

The Buffaloes then went through a spell where they could not get their hands on the ball despite their best efforts. The referee called a restart after restart, giving Wyke the chance to apply the continued pressure. The Buffaloes strong defence, however, held out with 16 tackles in one set!

In the 15th minute, Kieran Hudson stepped up to open the scoring for the Buffaloes. He took the ball at speed and showed his finishing ability, keeping low as he dove over the line. The conversion went wide. Buffaloes 4:0

Wyke (and everyone else but the referee) thought they had scored next when a cross-field kick found their winger with space to go over the line, but the referee ruled a foot had gone into touch. This misfortune spurred Wyke on, and in the 20th minute, they did score a somewhat fortuitous try. They moved the ball to their right, but the pass went behind all of their players. As Kieron Hudson ran to kick it forward, he was just beaten to it by the Wyke defender who looked to kick the ball off the field, but somehow the ball found the hands of a Wyke player who went in wideout to score an unconverted try. Buffaloes 4:4

The next try was on 27 minutes when lively hooker, Lochlan McGill, went through the Wyke defence to score. The conversion was missed. Buffaloes 8:4.

This score was closely followed in the 32nd minute by a barn-storming run from Louis Morrison, who many supporters deemed man of the match. He strongly drove through the Wyke cover from 20 metres out to score a converted try by the posts. Buffaloes 14:4.

As Bramley looked to add further pressure, they moved the ball to their left-hand side, but the pass went to ground, and an agile Wyke player picked it up and went in to score a converted try. Buffaloes 14:10.

Just before the whistle for halftime blew, the Buffaloes swiftly moved the ball again to their favoured left-hand side, and this time the pass was met, at pace, by Connor Booth. He romped over the line to score a try, converted by Martin Loveridge. Half Time – Buffaloes 20:10.

The second half started as the first half finished with Bramley maintaining the scoring when on 42 minutes, Kieron Hudson finished off a lovely cross-field move to score his second try of the game. Buffaloes 24:10

Against the run of play in the 50th minute, the lively Wyke wingman evaded two Bramley tacklers in his half and sprinted 60 meters downfield to score a converted try. Buffaloes 24:16.

In the 60th minute, the Buffaloes extended their lead once more with a fine move, finished by an inside pass to Connor Booth. Buffaloes 28:16.

In the 66th minute, the unstoppable Kieran Hudson received the ball 50 metres out, and he left the despairing Wyke defence in his wake before calmly rounding the Wyke fullback to score his hat-trick try. This was converted from wide out by Connor McGill, who received rousing applause from the crowd. Buffaloes 34:16.

Wyke once again had their wingman to thank for a further try in a repeat of his earlier try; he escaped the Bramley tacklers from 50 meters out and ran through to score a converted try. Buffaloes 34:22.

Unfortunately, the game that had to that point been competed in good spirit was interrupted by a fight involving several players from both sides. It started when the Wyke forward placed a high kick that was well caught by the Buffaloes full, but the kicker went into the resulting tackle with a nasty swinging arm. The Buffaloes took exception to this, and players from both sides traded punches. The referee sent a player from each side off for an early bath, with Curtis Sidebottom receiving the red card for the Buffaloes.

On the 74th minute, Tom Langton received the ball 10 metres out following some good Buffaloes approach work, and he cut in strongly to go over to increase the Buffaloes lead to 38:22.

As the clock ticked down for the final few minutes, the game seemed complete, but in the 80th minute, the Wyke winger once again received the ball on the halfway line and again rounded the Buffaloes cover to score his hat-trick try. This was converted, making the full-time score Buffaloes 38:28 Wyke.