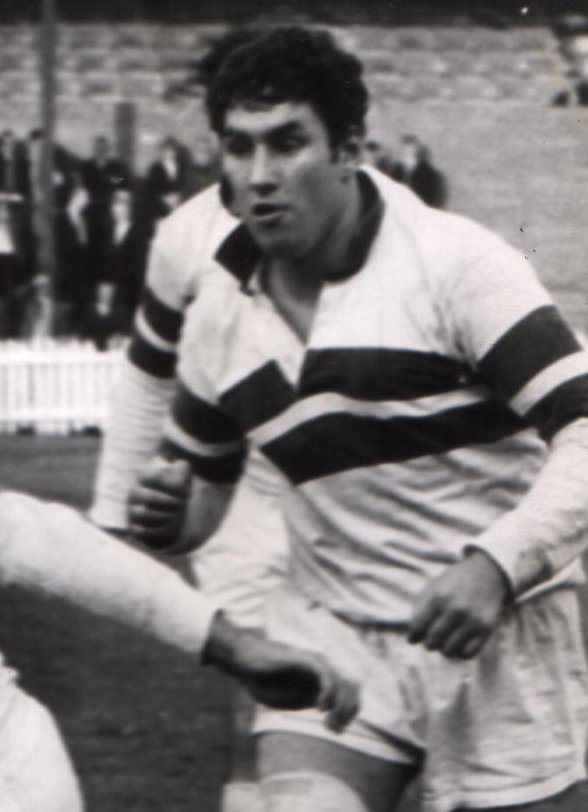 Peter Jarvis made his first appearance for Bramley in the 15-12 victory at Huyton on August 28th 1971.  He featured in 29 matches that season and scored his first try for the club against his former club Hunslet at McClaren Field in a hard-fought 8-0 victory.  Other highlights of the season were a 15-10 home win against St Helens and reaching the quarter-final of the Rugby League Challenge Cup after defeating red-hot favourites Bradford Northern 8-4 before a record McClaren Field attendance of 7,500.

1972-73 resulted in another 19 first-team appearances and included a try in a stunning 13-10 victory versus Bradford Northern at Odsal.  Bramley recorded their best season in many years as they finished in the top sixteen and so ensured a place in the new first division for the following season.  The following season would be Bramley’s most successful in its long history winning their first-ever trophy (the BBC 2 Floodlit Trophy) and reaching the semi-final of the John Player Trophy before losing 2-14 on a mud bath of a pitch at Rochdale Hornets.  Peter started in thirteen matches and also made one substitute appearance. Highlights for Peter during his “starts” were a tough 8-5 Challenge Cup victory at Whitehaven and the brilliant 17-13 Good Friday victory at Leeds.

A poor season which ended in relegation in the 74-75 season saw Peter pull on the amber and black 11 times and another substitute appearance.  He starred in home victories against Castleford (15-14), Featherstone (16-10) and Bradford Northern (21-5).

1975-76 would herald the end of Peter’s playing career at Bramley, with his final match being the 2-14 home defeat to Leigh on 4th January 1976.  In all, he made ten appearances in his final season including being a try-scorer in an impressive 14-12 victory at Halifax.

When Bramley went into administration in October 1983, and coach Maurice Bamford jumped ship to join Leeds, Peter was made the first-team coach.  He did a wonderful job in very trying times as the club came out of administration and faced a fixture pile-up.  The following season he led the team to quarter-finals of the Yorkshire Cup, the John Player Trophy (losing a hard-fought match at Leeds) and the Rugby League Challenge Cup.  A feat that didn’t give Peter the credit his coaching deserved.  After leaving Bramley, he later became Team Manager at Hunslet and saw them achieving success with David Ward as a coach.  Peter is still well involved in the ex-players associations at both Bramley and Hunslet.