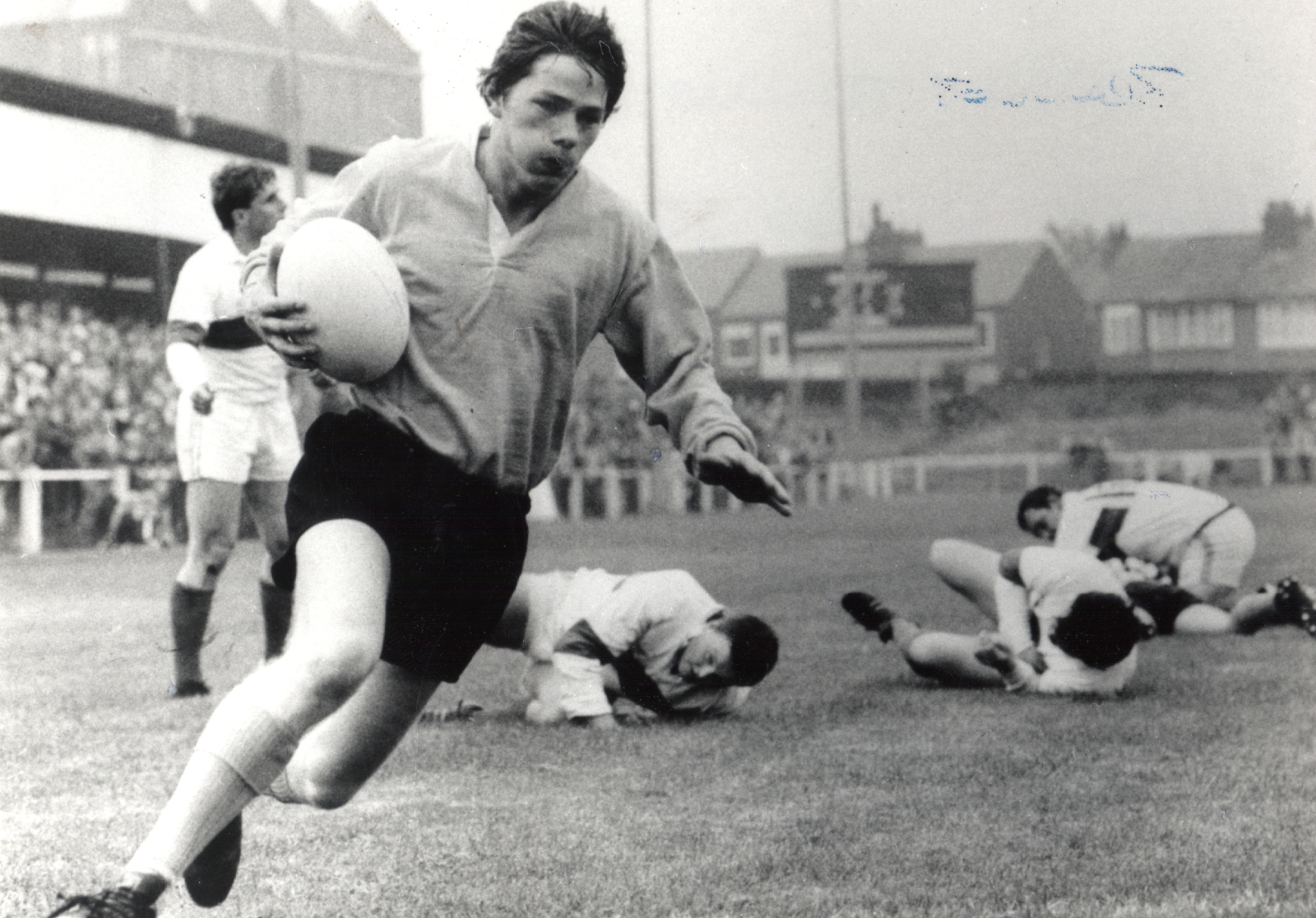 Shaun achieved what every Bramley supporter dreamt of as he pulled on the amber and black to make his first-team debut on his beloved McClaren Field on the 1st Nov 1981 against Blackpool Borough, a match that Bramley won 20-6.  His first try came in the 3-10 defeat at Station Road to Swinton, his other try that season was scored in the 13-20 reverse at Huddersfield while his first goal for the club came in the 4-14 Rugby League Challenge Cup defeat at home to Wakefield Trinity.

An ever-present at full-back in the 1982-83 season saw Shaun score tries in the thrilling 15-13 Yorkshire Cup victory at home to Wakefield Trinity and in the home match against Doncaster (20-6) plus the away games at Blackpool Borough (11-29) and Cardiff Blue Dragons (16-10) as Bramley just missed out on promotion to the first division.   By now he was the first choice goal-kicker and landed 104 goals during the season including nine at home to Salford (42-17) and seven in the 32-11 home victory against Blackpool Borough.  His 100th goal of the season was the last of his six goals in the 28-18 victory at York while his 50th “start” for the club came in the home thrashing of Salford.

While the 1983-84 season was traumatic for the Bramley faithful as they went into administration and seriously looked at one point that they could fold completely, Shaun remained a leading light throughout the troubled times.  During the season he played at full-back, right and left centre, left-wing and one match (Keighley at home 32-6) at stand-off.  He scored his first try of the season in the 12-6 home victory against Kent Invicta, a match that at one point looked as though it would be Bramley’s final professional match.  Shaun crossed the whitewash three time in four matches late in the season when scoring against Blackpool Borough at home (12-22), Huddersfield away (10-25) and then in the 26-16 home victory against Workington Town.  Other highlights for Shaun that season were his drop-goal in the 10-all draw against the mighty Wigan side in the first round of the Rugby League Challenge Cup and a record-breaking four drop-goals in the 32-6 victory at Keighley.

Appearing in all of Bramley’s 40 matches in the 1985-86 season Shaun, now playing on the right-wing scored tries at Keighley (30-12)and in the home matches versus Carlisle (24-10) and Whitehaven (14-8).  He kicked 110 goals during the season including seven in each of the big home victories against Keighley (46-10) and Mansfield (46-20) he also kicked six goals in a match four times including in the 20-20 draw at Hunslet.

Tries at home to Dewsbury (18-3) and in the 10-20 loss at Huddersfield in his 25 matches during the 1986-87 season were added to his 53 goals as Bramley had a mixed season of results in Alan Agar’s last season at the club.

The 1987-88 season was a disappointing one for Shaun as he appeared in just five matches under the coaching of first Chris Forster and then Tony Fisher.  In the matches, he played he still kicked 13 goals including five in the opening match of the season in a thrilling 20-18 home victory against Doncaster.

The following season saw Shaun not playing at all in the first team, however, the third match of the 1989-90 season saw Shaun replace second-rower Holden in the 12-54 home defeat against Hull KR in the first round of the Yorkshire Cup.  He made another four substitute appearances before starting the last match of the season in the 11-22 home defeat to Swinton, sadly this would be Shaun’s final appearance in the amber and black.  He will always be remembered as a very popular player in the dressing room, a fan’s favourite and a Bramley lad through and through.