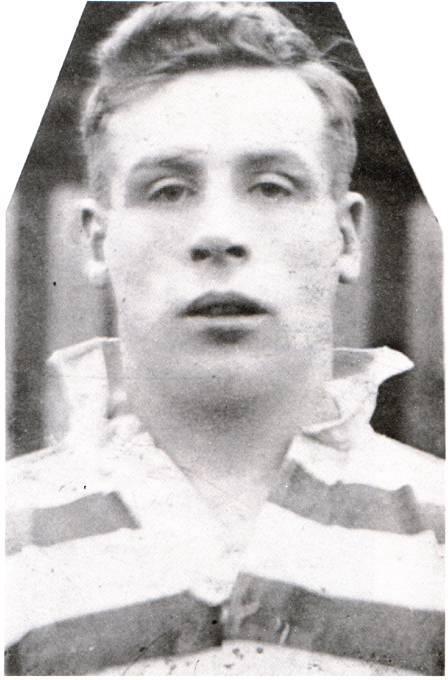 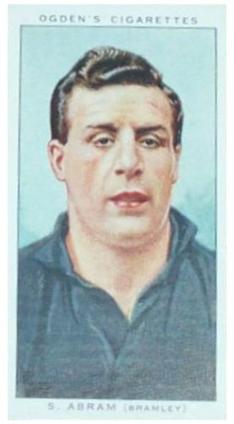 Syd Abram was a rugby league history maker before joining Bramley as he had the distinction of scoring the first try at Wembley in a Rugby League Challenge Cup final.  Playing at stand-off for Wigan as they defeated Dewsbury 13-2 in front of a crowd of 41,500 in May 1929.

He arrived at Bramley with his deceptive swerve and an eye for creating or scoring a try in time for the start of the 1933-34 season, making his debut at stand-off in the 12-32 defeat at Hull.  The following week he was on the scoresheet as Bramley defeated Keighley 6-5 on his home debut.  His first brace of tries came in the 20-12 Boxing Day home win against Bradford Northern, and other memorable tries came against St Helens in a shock 17-12 victory at home in the second round of the Rugby League Challenge Cup and scoring in successive games at Barrow (10-6) followed by a home defeat to Halifax (5-12).  He also kicked all Bramley’s point in the 6-53 loss against the touring Australians.  His impressive first season brought him 12 tries and 21 goals.

The early part of the 1934-35 season saw Syd score in successive matches first in the 5-24 defeat at Castleford before scoring in one of the club’s best victories of the season when they defeated Hull 19-7 at the Barley Mow ground, his only other try that season was in the 7-26 home defeat to Huddersfield

The 1935-36 campaign was to be the last for Syd at Bramley and was the match-winner as he kicked two goals in the 7-4 home victory against Dewsbury. He scored a try in the 8-42 defeat at Rochdale Hornets, and his final try for Bramley came in a 13-43 loss at Huddersfield.  His last game in the amber and black came in a disappointing 0-32 reverse at Castleford.  A short career at Bramley but one which his leadership skills and experience was a massive boost for the club at that time.