Getting to Know You - Martyn and Steve - Bramley Buffaloes 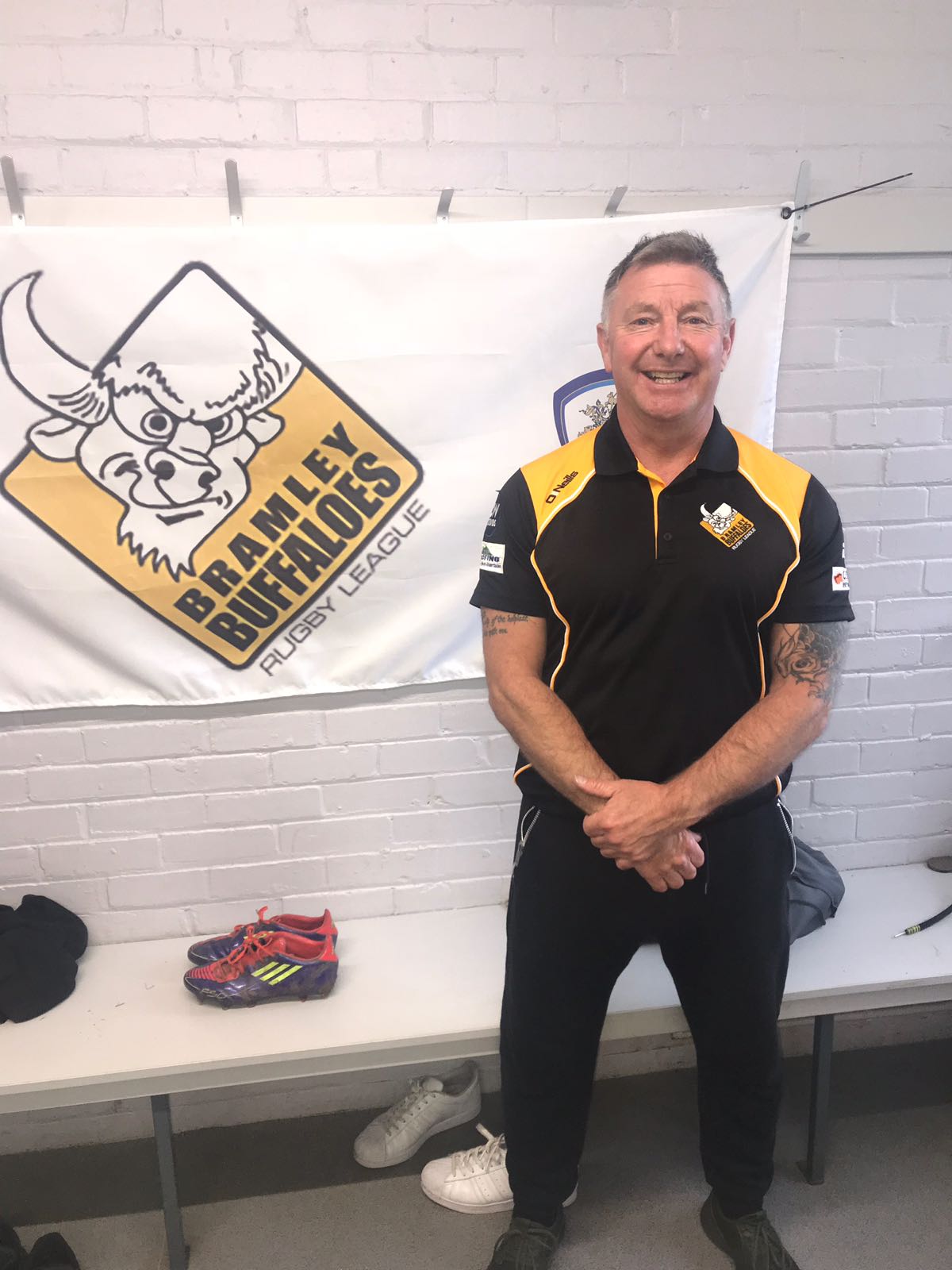 With the rugby season looking as far away now as it did six weeks ago, we wanted to shine a light on the people who make our club ours, whether we are playing or not.

In our brand-new ‘Getting to Know You’ feature, we’ll be featuring two players a week from the current crop of talent, asking them questions that reveal some of the highs and lows in their career along with other general questions.

Why? Because this gives us a chance to obtain an insight as to who they are not just as players, but also as people.

To kick things off, we brought together two of the main people in the club; one being Chairman Martyn,  and the other Head Coach Steve. Both of these gents really do put a lot of work in behind the scenes to bring you the action on a weekend, so let’s shine a light on them for a moment.

2. Why did you choose Bramley?

Martyn: I’ve been Chairman for fifteen years and a fan of Bramley for over forty years.

(Brad, the interviewer paused at this point and said well you don’t look a day over twenty one.)

Steve: Two of my passions in life are rugby and Bramley and I am passionate about seeing the club do well hence why I made the decision to become head coach.

Martyn: My highlight was seeing the team play in front of 1200 people in 2004 and the clubs numerous successes in grand finals.

Steve: Captaining the Yorkshire colts to victory in the national
cup.

Martyn: I’ve had quite a few bloopers over the years but I think your favourite Brad has to be me leading the team out to the wrong end of the pitch in a grand final. I wished the ground would have swallowed me up there and then.

Steve: The agony of not being able to continue the success with Bramley after we had a fantastic run in the 40/20 cup failing to raise a team the week after.

5. What makes you different to anyone else at Bramley?

Both Martyn and Steve believe they are no different to anyone else. Whether that’s players or fans, everyone has the same hopes and desires for the team.

6. What are your aspirations when the season starts again?

Martyn and Steve both share the same hope that the team does well and everyone enjoys playing for Bramley.

7. When and why did you start playing rugby league?

Martyn: As I mentioned earlier,  I watched the team from a young age and took on responsibilities within the club in 2005.

Steve: I started out in 1983 playing that other form of rugby for a local team then
moving on to Bradford and Bingley. Whilst at B&B I was offered the chance to make the jump over to the only form of rugby that matters; rugby league. This was with the newly formed Carlisle RFL and I’ve never looked back.

8. 3 words that best describe you?

Martyn – Dedicated, Determined and Hard Working, technically 4 words but
we can let him off for that.

Martyn: I don’t believe I have one, at least not one that is used when I’m around
anyway,  but I may well have some that are used when I’m not around (HE LAUGHS).

Steve: This may make sense to some but it will baffle you Brad, it’s Lillie, after a very Victorian lady of the night Lillie Langtree.

We hope this will help fans feel more connected to the club and give an insight into the people that are working hard behind the scenes.

Next time, we’ll be back with a player vs player interview that should hopefully give us some funny answers too.