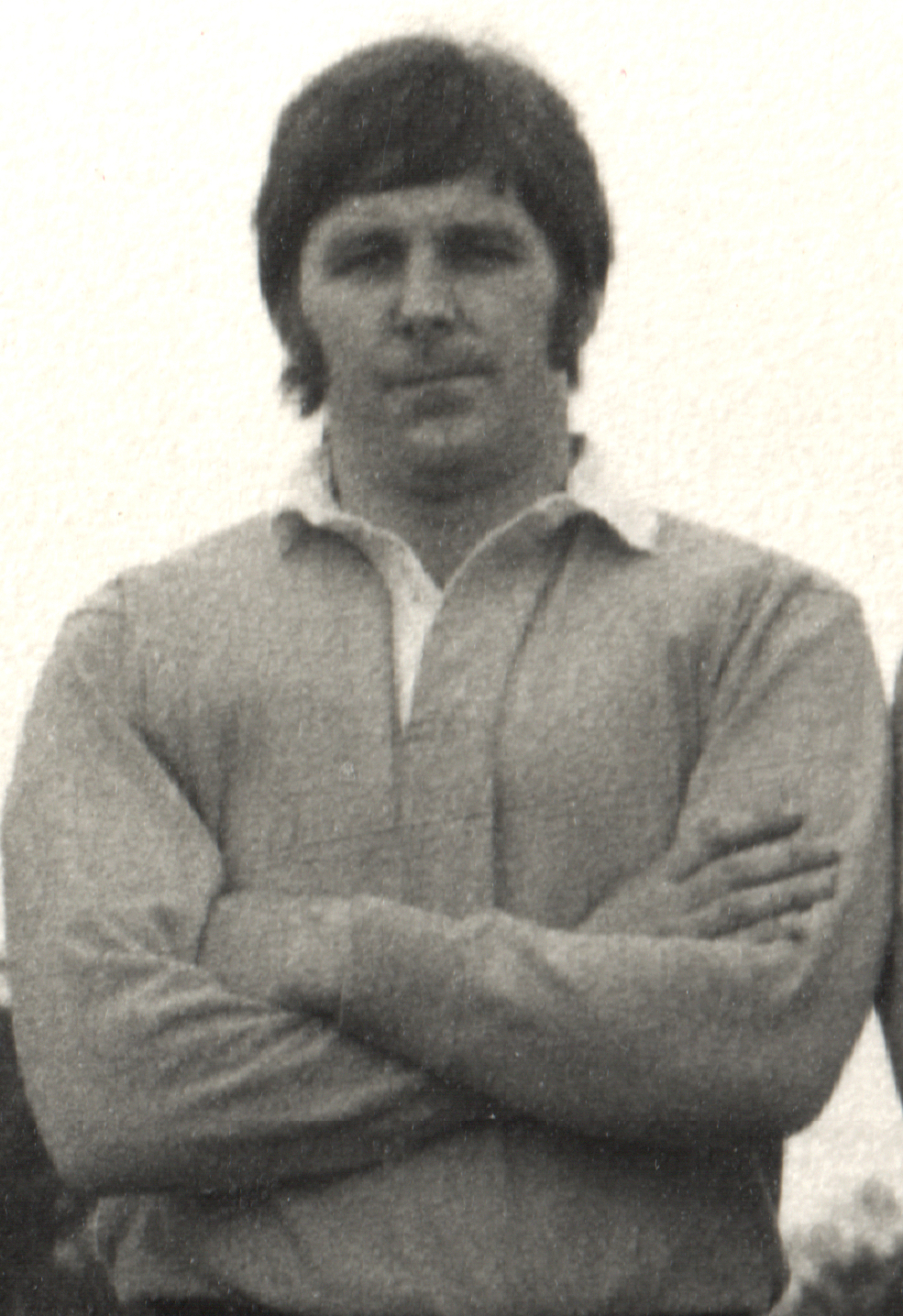 Having signed from Wakefield Trinity Dave made his Bramley debut on the left-wing in the 11-16 home defeat against Leeds in the opening match of the 1966-67 season.  His first points for the club came as he kicked three goals in the stunning 20-18 Yorkshire Cup victory at Leeds while his first try in the Bramley colours was scored in the 23-7 stroll at home to Liverpool City.  He would go on to score a further four tries that season, these being in the home win against York (21-11) and in the away matches at Wakefield (11-21), Keighley (11-22) and Hunslet (14-10) he also kicked 32 goals in the season including six in the 42-8 demolition of Dewsbury at home. In all he started in 31 matches including 26 at left centre, 4 at right centre and his debut on the left-wing.

The 1967-68 season saw Dave make his 50th appearance for the club in the impressive 11-5 win at Huddersfield in December.  He scored a try in the first match of the season, an 11-24 home defeat to Leeds and two games later in the 8-53 loss to a magnificent Wigan side at Central Park.  One of the best results for the Bramley side was the shock 12-10 victory at Wakefield Trinity where Dave romped over for a try, other tries came in matches at home to Keighley (24-10), Castleford (10-21) and Blackpool Borough (46-14) and trips to Featherstone (3-10) and Keighley (14-0).

The following season resulted in Dave scoring five tries, unfortunately, all in defeats, firstly in successive matches away at Rochdale (12-22) followed by at home to Featherstone (3-20) and then in both games against Halifax (8-23 away and 17-25 at home) and finally at Batley (12-25).  In all he played in 30 matches including the impressive away victories at Huddersfield (6-5) and Whitehaven (10-7).

Another 31 starts plus two substitute appearances in the 1969-70 season brought Dave just two tries, but what an important two tries they were as they helped Bramley defeat the very strong Hull side 16-15 at home and then defeat Keighley on their own pitch 7-0 in the Rugby League Challenge Cup. The match at Castleford in October was Dave’s 100th start in the amber and black jersey, sadly it ended in a 5-15 defeat to classy Cas.

The 1970-71 season saw Dave score his only try of the season in the 27-5 Yorkshire Cup victory at McClaren Field.  While not scoring tries himself he was the provider to many of his winger Peter Goodchild’s 15 tries that season.  He had his kicking boots on in two consecutive matches when he kicked four goals in the 23-5 home victory against Hunslet and then another three in the 9-29 defeat at home to Leeds.

Bramley had a very successful run in the Rugby League Challenge Cup during the 1971-72 campaign when they reached the quarter-final before losing at home to Warrington, however, it was the second-round match against Bradford Northern in front of a record 7,500 crowd at McClaren Field which is remembered for the news that the Bradford players were so confident of winning against “little” Bramley that it was reported in the YEP that they accepted an offer of double pay for a win but nothing for a draw or loss.  Robin Dewhirst kicked four goals as Bramley dumped them out of the cup 8-4! Dave scored a brace of tries in the 17-5 defeat of Hunslet at Parkside and then a try in a 14-27 defeat at Bradford Northern.  The 27-11 home win versus Doncaster saw Dave’s 150th appearance for the club while his 150th “start” came in the 0-21 defeat at Barrow.

Bramley were now entering a golden era in their long history and after an excellent season, they had qualified for a place in the new First Division of the Rugby League for the following season.  Although Dave only made 15 starts he contributed greatly be scoring tries in victories at home to Doncaster (34-6), Keighley (8-5), Bradford Northern (20-13) and Hunslet (15-8), his other try came in the 18-26 defeat at Hull.  He also kicked two goals in the crucial 13-10 victory at Odsal.

Bramley now had their greatest season in their 94-year history as they won the BBC 2 Floodlit Trophy and reached the semi-final of the John Player Trophy.  Player-coach Arthur Keegan pulled of a stroke of genius as he played Dave in the second row for the first time in an outstanding 30-18 win at Oldham in the fourth match of the season.  Dave excelled in the pack and made 19 appearances in the second row and ten at prop-forward.  His only try of the season came in the BBC 2 Floodlit Final when he scored the crucial try as Bramley stunned the sporting world by defeating cup-kings Widnes on their own pitch 15-7 in a never to be forgotten match.  He also kicked three important goals in the league victories at Whitehaven (19-12), Wakefield Trinity (18-13) and in the Good Friday match at Leeds (17-13) which confirmed that Bramley could not be relegated.  During this spectacular season, Dave made his 200th appearance in the 0-9 defeat at Warrington while his 200th “start” came at Leigh in a 0-7 reverse.

After the highs of the previous season, Bramley had a disappointing 1974-75 season which saw them relegated.  The two Yorkshire Cup ties resulted in Dave scoring in successive matches, firstly in the record-breaking 52-17 first-round win at home to Doncaster and then in the 10-23 loss at Hull Kingston Rovers, his only other score being a drop-goal in the 6-9 loss at home to Widnes.

The 1975-76 season resulted in just 8 “starts” and one substitute appearance for Dave although the 27-9 victory at home to New Hunslet provided Dave with his 250th first-team appearance. The following season and with Peter Fox as coach Bramley gained promotion back to the first division when they won 14 consecutive league matches.  Dave finished the season having started in 18 matches and came on as substitute twice.  He scored his only try in the nail-biting 19-21 home defeat against York and also kicked a drop-goal in the 6-11 home defeat to Widnes in the first round of the Rugby League Challenge Cup.  The 5-20 BBC 2 Floodlit Trophy defeat at Wakefield Trinity was Dave’s 250th “start” for the Villagers.  Dave finished his career at Bramley after playing in the first four matches of the 1977-78 season with his final match, fittingly at home to his former club Wakefield Trinity in the BBC 2 Floodlit Trophy, a match which Bramley lost 4-14.  Dave was then transferred to Castleford where he would eventually become first-team coach.  Without question a Bramley legend and fans favourite.