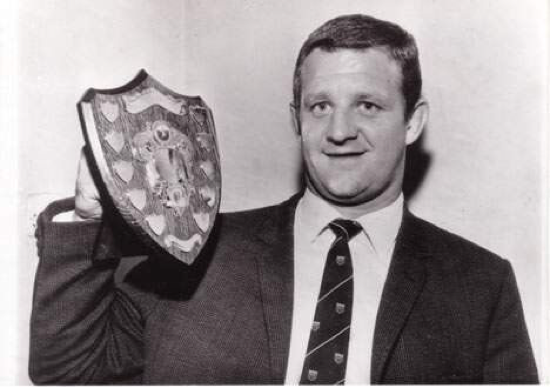 Dave Horn made his Bramley debut in a 5-16 defeat at York on Dec 13th 1958, but then had to wait until Sept 1960 before he featured in the first team again when he was part of the Bramley team who lost 8-15 at home to Hull KR.

After four appearances during the 1960/61 season, the following season saw Dave become a first team regular finishing with 26 appearances which included his first tries for Bramley, the first at Hunslet in a 12-5 victory in March followed by  tries in consecutive appearances in victories against Hull at home (16-8) and Bradford Northern away (28-2).

The following season and a 19-0 home win against Keighley in the Eastern Championship brought Dave his first brace of tries, although it was his no-nonsense style of play which was making him a hero to the faithful fans of the villagers.

A run to the Eastern Division semi-final which resulted in a 2-11 defeat at Castleford was one of 26 appearances during the 1963/64 season.  A lone try in a 16-9 home victory was a highlight of 1964/65 where Dave made his first substitute appearance for Bramley in a 12-4 home win against Keighley.

A highlight for Bramley fans and Dave in particular was on October 2nd 1965 when he was part of the Bramley side which beat the star-studded Leeds team 19-18 at home. By now Dave was one of the first names on the team-sheet if not injured or suspended!

A try-scorer in another shock 20-18 victory against Leeds in the 1966/67 Yorkshire Cup was one of four tries for the season in 32 appearances.  Dave continued to be a cornerstone of the Bramley side over the next few seasons and scored at least one try in ten consecutive seasons, with his final touchdown being in a 7-10 home defeat against York in Feb 1971, while he wore the famous Bramley jersey for the last time on April 17th 1971 and celebrated it with a 13-9 home victory against Oldham.