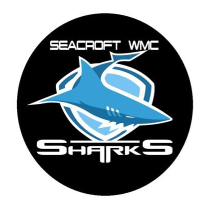 Buffaloes Hunted down by Sharks

On a bright but bitterly cold afternoon, the Buffaloes second team travelled across Leeds to face the Seacroft Sharks, buoyed by the win at Newsome the previous weekend.

The Buffaloes names a changed squad from the week before, with Sam Worley making his return after injury in the Wibsey game last year and Danny Steel making his first appearance in a couple of years.

The pitch was heavy after the rain we had had in the last ten days or so, and both teams were gingerly trying to find the dry patches so that they could pass the ball around, as they would in dry weather.

Seacroft opened the scoring in the ninth minute, following a penalty in their favour from the scrum; they quickly took the tap and had a three vs two overlap and placed the ball over the line. They added the Conversion giving them a six points to nil lead.

Four minutes later, and following a period of sustained pressure, hooker, Kieran McFarlane, tried to dive over the line from the acting half position only to be held up.

In the 21st minute, Kieran Hudson, barged his way over the line, for the Buffaloes first points of the game, following a couple of repeat sets in the Home side’s 20-metre area. Kacper Mroz added the Conversion levelling the scores at six all.

Five minutes later and the Buffaloes thought they were over the line again, with Martin Loveridge denied the try on this occasion.

Dan Steel broke through the Sharks defensive line three minutes from the break and charged 60 metres downfield before a last gasp tackle brought him down. And Buffaloes lost the advantage.

Seconds before the Break, McFarlane was sin-binned for dissent.

The second half started the way the first half ended, both teams probing for a gap or a mistake, punctuated by the referee’s whistle for errors or penalties.

Seacroft scored again in the 52nd minute, as one of the big forwards steamrollered his way through the defence. For a try next to the posts. The Conversion was added, giving the Sharks the lead again 12-6.

In the 69th minute, with the sharks on the attack, substitute Liam Barnsley, plucked a floated pass out of the air and raced 40 metres away from the dispairing home side for a try. Loveridge added the Conversion, levelling the scores at 12 all.

Five minutes later, Seacroft scored again. A kick was sent up in the wind, swirling around, on its way back to earth, the ball hit the upright and bounced into the arms of a Seacroft player who placed the ball on the line under the black dot, the Conversion was added, giving the home side the lead for the third time, 18-12.

The Buffaloes were now trying to force the pass to get back on level terms and keep their unbeaten start to the season. Seacroft repelled the away team on several occasions, but in the 80th minute, The Buffaloes launched a kick into the wind. A Seacroft player caught the ball bravely under pressure from the marauding Buffaloes and was pushed back over the try line, and somehow Hudson came up with the ball and was awarded a try, ten metres from the goalposts. Loveridge tried to add the extras. Which, if successful, would have levelled the score, but the ball went to the left of the posts. The referee blew time on the game, with the score 18-16 in favour of the home side.