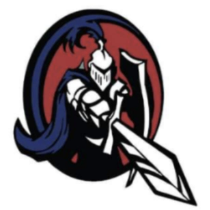 Bad Day at the Office for the Young Buffaloes.

The Yorkshire Men’s League Plate competition ended at the first hurdle for the Buffaloe Second String, following a heavy defeat at Methley.

The Buffaloes travelled over with only 15 players after a couple of late dropouts, which put them on the back foot.

Five minutes into the game and Methley opened the scoring when they dived over the line from the dummy half for a converted try giving them the lead 6-0.

Methley gathered a loose pass four minutes later and crossed the line again for their second converted try. Extended the lead to 12-0.

In the 14th minute, Methley crossed for their third try of the afternoon, with the conversion added. Extending the lead to 18-0.

Shortly afterwards, one of the Buffaloes player suffered a serious injury which resulted in the call for an ambulance, which arrived ten minutes after the game ended.

There was a fifteen-minute delay while the player was treated, and Methley switched the game to another pitch.

After the restart, Methley added another 12 points through two tries, one conversion and one penalty goal. Taking the halftime score to 30-0.

Methley added further tries in the 48th, 49th, 55th and 73rd minutes in the second half, with three conversions.

The Buffaloes had the final say when Kacper Mroz took on the home side and put a chip kick in; Billy Butterworth gathered the ball, drew a couple of defenders and passed to the supporting Mroz, who crossed the line for a Try next to the posts. Mroz added the extras to his try as the Referee blew the final whistle. Making the Final Score 52-6.

A big thanks to both physios and the Methley club for their support with the injured player.

The Buffaloes, while short-handed, tried to the end, and when they had some ball, they looked capable of scoring. The author of the match report is proud of every single one of the players.