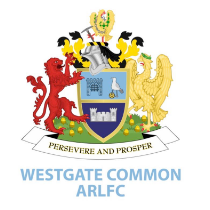 The Buffaloes took on unbeaten Wakefield Common and despite a loss produced their best performance of the season.

With the game only 3 mins old the Bramley hooker Lochlan McGill spotted a gap from 5 metres out to go over for the first try, converted by Callum Smithson Buffaloes 6:0

On 5 mins from the resulting kick off the Buffaloes looked to press forward and move the ball to their right but the final pass was intercepted by the Wakefield wingman who ran 60 metres to score, despite the best efforts of the Bramley cover defence. There was no conversion making the score 6:4

The game was end to end for the next 15 mins with strong carries for Bramley and good defence by the visitors but on 20 mins a break by Wakefield was well finished off by their wingman for his second try. It was converted bringing the score to 6:10

In the 34th minute Charlie McMurray went on a barnstorming with almost his first touch of the game he left defenders in his wake to score out wide to the right, the conversion just missed but this levelled up the scores at 10:10.

On 40 mins there was a degree of controversy, Wakefield were given a cheap penalty and pushed the ball to their right where there looked to be a knock on when the ball left the players hands to hit the turf. However, play went on before what looked to most of the crowd to be a further knock-on which propelled the ball forward over the Bramley try line before being touched down by the jubilant Wakefield side. The large crowd waited for the referee to give the knock on but unfortunately he said in his view the ball had actually hit the Wakefield player’s leg before going forward (in my opinion that would be the leg with 5 fingers!). This was the final score of the first half.  Buffaloes 10:14.

The second half started as brightly as the first for the Buffaloes. On 44 mins Curtis Sidebottom got the ball 20 mins out and ran a direct line through the despairing Wakefield tacklers to score a try converted by Callum Smithson. Buffaloes back in front 16:14

On 48 mins the sea-saw nature of the game continued when the Wakefield winger rose up above the Buffaloes wingman to score his hat-trick try from a lovely cross-field kick.  The conversion went over and Wakefield regained the lead. Score 16:20.

This was quickly followed by a strong break from the Wakefield forwards, with good backing up they went in to score despite the Bramley cover. The conversion went wide making the score Buffaloes 16:24.

The game continued with neither side gaining the advantage giving the large crowd plenty to cheer about. The Buffaloes continued to press a Wakefield outfit that looked to have tired and the ball was passed wide to Tom White. He only had one man to beat but as he stepped past the Wakefield winger he was hit by a shot straight to his face. The referee had no choice but to give the Wakefield wingman a red card. In the melee that ensued Aidan Barayni received 10 mins in the bin for robustly defending his team mate.

Bramley’s tails were up and on 50 mins Pedro went slicing through the Wakefield defence with a great run to score. Callum Smithson’s conversion brought the Buffaloes within 2 points at 22: 24.

Bramley continue to press forward to regain the lead but Wakefield, although looking tired, somehow found the energy to burst through the middle of the Buffaloes defence in the 70th min going 60 metres for a converted try making the score 22:30.

If Wakefield thought their work was done they were mistaken. The Buffaloes were roared on by their faithful supporters for the first time this season had a great last 10 mins. On 76 mins a fine run from Pedro reduced the deficit to 4 points and the conversion by Callum Smithson reduced this to 2 points bringing the score to 28:30

The Buffaloes looked for what would be a winning score as the final minutes ticked by. They applied strong pressure on the Wakefield line, with several Buffs charges being halted just inches short. There was a massive overlap out to the right but the pass didn’t come and the referee blew for time.

The Wakefield players looked very relieved that they had won the match but this really was a game where neither side deserved to lose. Bramley can look forward to building on a great performance after a well-deserved week off.