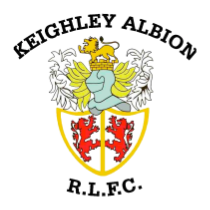 Bramley defeat the Albion at Crossflats

On a day when the heavens opened the Buffaloes took to the fieldtheweaVENS truly OPENED ON THE SECOND MATCH OF THE SUMMER RUGBY SEASON THE bUFFLAOESa  that in Captain Brad’s words looked like an army assault course.

The Buffaloes played up the 1:10 slope in the first half striding into the driving rain. They started the brighter of the two sides with strong forward runs through centre field. The first chance came on 5 mins with a kick through that was just gathered by the Keighley defence. This was closely followed by some expansive rugby despite the conditions where a cross field move ended with a long pass to Kieran Foster-Matthews who was just pushed into touch by the corner flag. Keighley relied heavily their seasoned stand-off throughout the half but despite the advantage of the slope they only infrequently found themselves in a position to attack the Buffaloes try line. Both sides were guilty of failing to hold onto the ball in the driving rain and possession changed hands several times. The last act of the first half was on 39 minutes when Kieran Hudson was bundled into touch as he tried to force his way past several defenders by the right corner flag. The referee blew for half time with no side bothering the scorers. Half time 0:0

With the slope in their favour the Bramley side may have expected an easier half but with the coaches’ half time talk still ringing in their ears they soon found this not to be the case. A lost ball on the half way line  found the Keighley stand-off who ran half way across the pitch before seeing there was no way through so he turned to get a high kick away. It came down into the hands of their wingman who must have been really quick as he seemed to be waiting for the ball to drop into his hands on 42 mins for a simple try. The conversion was missed confirmed by the referee – but after the game Keighley posted a video on social media claiming it went over. No one appeared to complain at the time and maybe this was a stroke of luck earned by the Buffaloes for their hard work. Keighley 4:0

Bramley dominated the rest of the second half with Keighley unable to gain territorial advantage despite plenty of ball. The Buffaloes came up just short on 4 occasion either not being able to ground the ball when over the line or losing the ball with a clear run to the line. Credit to the Keighley goal line defence who worked hard to cover. The tension grew and there was a little bit of a niggle creeping into tackles but this was punctuated by excellent forward runs by Courage followed by Curtis and Charlie. The Buffaloes gave away a cheap penalty for ball stealing on the half way line – a debatable decision in the conditions. However, Connor McGill said something the young referee took exception to and he went for a yellow card, as Connor turned to leave the field the referee changed it to a red.

Bramley were a man down but still pressed forward with some good drives. O62 mins Brad Wilson was fed the ball 5 yards out and noticed the tiring Keighley pack had failed to cover. He darted over to score untouched just wide of the uprights. Callum Smithson stepped up and had no problem with the conversion and the Buffaloes took the lead 4.6

Further strong runs by Bramley and a greater respect for the ball kept the Keighley side in their own half before they had their last chance on 76 mins when a pass to the winger who was in the open went to ground. Bramley played out the final minutes in the Keighley half before the referee blew for time.