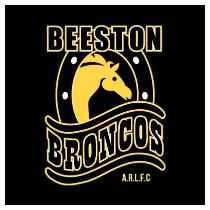 The sun was shining down on Bramley this week as they ran in an impressive 16 tries against Beeston Broncos.

The game started well for the Buffaloes as from the kick-off, full-back Codey Downey ran strongly through a bewildered Beeston pack. After a couple of knock-ons from both sides, Bramley gained possession only metres from Beeston’s line. Courage was the first man to add points to the board as he sailed over the line in the 4th minute. Tom Jenkins added the conversion, making the score 6 – 0 to the Buffaloes.

In the 7th minute, a lost ball from Bramley handed Beeston the ball on the 30-metre line. Beeston had some powerful forwards, forcing Bramley to work hard and tackle well. However, on the 3rd play of the ball, an obstruction from a Beeston player gave Bramley ownership once more. Then, in an element of Deja vu, a couple of knock-ons from both sides led to Bramley gaining possession only meters from Beeston’s line. Once again, Courage sailed over the line for a try in the 12th minute, Converted by Jenkins, making the score 14 – 0.

In the 14th minute, Harry Walker was fired up by a strong tackle, and when possession next came his way, he vowed revenge leaving half the Beeston team in his wake as he dove underneath the sticks. The conversion was added by Kacper Mroz, making the score 18 – 0 at the end of the first quarter.

The second quarter began with a robust set of runs from Bramley, who looked towards an early score but unfortunately, the winger was pushed into touch by the corner flag as he dove for the line. However, Beeston played their set and, standing far from the Bramley line, kicked the ball straight into the hands of Bramley’s full-back Codey Downey who ran 50 meters with the Beeston side in disarray. This set up the play for Andy Boot to go over for an unconverted try bringing the score to 22 – 0.

Each Bramley player covered a great distance from the kick-off with each carry, and in the 27th minute, Andy Boot went over for another try. The conversion was added by Kacper, making it 28 – 0. In another bout of Déjà vu, the kick-off gave Bramley possession, and following a series of solid runs, Ryan Jones went in for a try in the corner. Unfortunately, the conversion went wide, making it Buffaloes 32 – 0 on 29 minutes.

In the 32nd minute, Courage fancied another run. He stormed through multiple Beeston players and headed for the sticks. Unfortunately, he was tackled just metres from the line but was able to cleverly offload the ball into the hands of Craig Boot, who wanted in on the action. Craig effortlessly dove underneath the sticks in the 34th minute, with Mroz adding the conversion and making the score 38 – 0.

Having narrowly missed the glory of the previous try, Courage went in for his hat trick on the 38th minute for a try converted once again by Mroz. Bramley were comfortably leading at 44 – 0 as the whistle blew for halftime.

The second half started brightly for Bramley. Beeston collected the ball from a short kick-off their player knocked on, and a minor scuffle occurred with the ball being launched at a Bramley player’s head. A penalty was awarded, leaving Bramley with the ball 20 metres out. After a quick dart to the line, the Buffaloes scored their first try of the second half, thanks to Liam Lether. However, the conversion was missed making the score 48 – 0.

Beeston tried to mix it up with a short kick-off, but it was gathered by Walker, who went 40 metres before passing it to Ben Blanchard, who scored out wide. Jenkins stepped up for the conversion that went in off the post. Buffaloes 54 – 0.

The ball was once again in Harry Walker’s hands from the kick-off, and his strength and footwork saw him run through the Beeston cover for a try converted by Tom Jenkins, making the score 60 – 0.

Beeston again went for the short restart and knocked on whilst trying to gather the ball in. The Buffaloes quickly restarted play leading to Sedgwick running through the ‘would be tacklers’ to score a further try. Mroz missed the conversation, Buffaloes 64 – 0.

Liam Leather ran with determination towards the line from the restart before cutting inside and passing to Henry Sedgwick, who went on to score. Mroz added the conversion: 70 – 0.

At the 60th minute, Beeston gained the ball from the kick-off, but in the first tackle, they lost it in a robust tackle. The Beeston player was irritated by the event, and whilst most of the players ran in to support one another, he threw the ball at the Buffaloes. Thankfully, Craig Boot separated his charges, and Bramley took the penalty just 30 meters out. The ball found its way to Sedgwick, who went 40 metres to score, his third try of the game; Jenkins just missed the conversion making it 74 – 0.

Moments after the kick-off, with some fantastic inter-passing, the ball found its way to Liam Leather once more, who was well backed up by Mroz, who went in to score. Jenkins stepped up to make the conversion. Buffaloes 80 – 0.

In the 70th minute, Bramley continued to put Beeston under pressure and from the resulting dropout, the Buffaloes took the ball upfield. Kieran McFarlane went in to get his first points of the game. The conversion was made by Tom Jenkins, resulting in an unstoppable points difference of 86 – 0. This was to be the final score as the referee showed a little mercy for the Beeston side when he blew for time almost 10 minutes early.