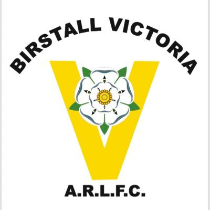 A fierce Buffaloes A team had their first home game of the season against a well drilled Birstall Victoria side. In the 5th min a dropped ball by the Buffaloes put Birstall onto the front foot, and despite some excellent cover tackling, Birstall went into an early lead as they squeezed over the line. Score: Buffaloes 0 – 4.

This early try acted as a warning to the Buffaloes that they had to toughen up and they certainly did when they swiftly moved the ball into their opponents half. This led to what was arguably the best try of the day in the 7th min. The ball went wide to the right hand side, and Kieran Hudson as he was tackled managed to find Tom Langton who was in support with a lovely inside pass. Tom offloaded the ball himself to former captain Brad Wilson who romped over from close range. Connor McGill slotted home the conversion to put the Buffaloes into a lead that they never surrendered. Score: Buffaloes 6 – 4.

The Buffaloes began to play with confidence but managed to upset the referee with three penalties on the bounce leading to a team warning.  The Buffaloes made good ground every time they had the ball but Birstall’s robust tackling kept the Buffaloes out until they scored their second try of the afternoon in the 20th min.  A well worked move got through the Birstall cover and the ball found the eager hands of Conner McGill who dotted the ball down but the conversion was missed. Score: Buffaloes 12 – 4.

Birstall tried hard to stem the Buffaloes charge with a mighty wall of defence, often slowing the Buffaloes down with lying on after the tackle but on the 35th min the Buffaloes scored their 3rd try. This time it was Jack Wilson, who was a thorn in Birstall’s side all afternoon, who outpaced the ‘would-be-tacklers’ from 25 metres for his first try. Conner McGill slotted over the extras. Score: Buffaloes 18 – 4.

The second half saw the Buffaloes suffering a number of lost balls in the tackle. Although from the side-lines a number of these looked more like ball steals, the referee saw them differently and a series of penalties were given against the Buffaloes for questioning the referee’s decisions too vehemently. It was shortly after these penalties when Birstall broke down their left, and despite a great tackle by Kieran Hudson the Birstall centre found his supporting wingman who scored wide out. Score: Buffaloes 16 – 8.

Once again, this spurred the Buffaloes on and a lovely crossed field move in the 45th min went through four pairs of hands to the supporting Jack Wilson who sailed in for his second try of the afternoon. Connor McGill’s conversion attempt from wide on the right hit the post. Score: Buffaloes 20 – 8.

In the 62nd min the Buffaloes scored their 5th and final try, and what a try it was! Aiden Baranyi started the play bursting through the Birstall tacklers from 40 metres out and set off for the line with his wingman in support on his left. Out of nowhere Curtis Sidebottom was steaming up on his right and the Birstall full back was like a deer in headlights ending up rooted to the spot as the pass went inside to Curtis who raced across the whitewash close to the uprights. Connor McGill converted. Score: Buffaloes 26 – 8.

Overall, the coaches all appeared to be happy with what they saw on the day with promising play throughout the game and lots to work on. As always, the Buffaloes fought for every ball but their discipline will need to be tightened up before next week’s game.