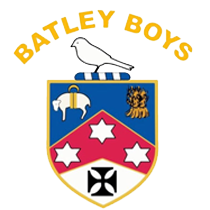 Batley Boys Down the Buffaloes

On the warmest day of the year, the Buffaloes ‘A’ team travelled the short distance to Batley to take on the Batley Boys second string.

The Buffaloes lined up with Cameron McLachlan and Curtis Sidebottom in the side, adding some experience to the youthful Buffaloes outfit.

From the off, the referee was keen as mustard with his whistle and with minutes was complaining about having his decisions questioned by the Bramley Faithful.

The game started well for both teams probing and pressing, trying to find any weakness in the other teams’ defence. Still, the home team scored first in the ninth minute when they put up a high kick, and the chasers outjumped the Bramley defenders to score an unconverted Try, giving Batley the lead 4-0.

The following 30 minutes of the first half continued in a similar vein, with both teams trying to break down, but both teams’ robust defence kept each other at bay.

In the 39th minute of the game, the Buffaloes have some significant pressure on the home side’s goal line, following a glut of penalties and ‘six agains’. Connor Booth was probing and pressing the line and was held up in goal. There was a stray pass from the resulting Play the Ball, and the opportunity went away as the referee blew for halftime with the score 4-0 to the home side.

From the kick-off in the second half, the Buffaloes fumbled to kick return. The home side was on the attack, and after a couple of powerful runs, the scooted through the defence for a converted try, taking the score to 10-0.

On 46 minutes, the home side was in again, as they scooped up a loose ball and passed it out wide to the wing, where they strode over the line for a converted try, extending the lead to 16-0.

Four minutes later, Batley crossed the line again following a lofted kick that the defenders could not collect and were left with a simple walk in for the try, which was converted, making the score 22-0.

In the 68th minute, the Buffaloes cross the line for their opening try of the afternoon. The Buffaloes attacked down the left side, and Kacper Mroz floated a kick over to the wing, where Booth managed to gather the ball and touch it down for a Try, with Mroz adding the conversion, making the score 22-6.

In the 74th minute, Batley scored their last try of the afternoon; following a dubious penalty for offside, they took a quick tap and made the pressure count with an unconverted try, taking the lead out to 26-6.

With only a couple of minutes left on the clock, the buffaloes were over the line again, on the back of a great break from Winger Ben Blanchard. Jack Boot took the ball from dummy half, drew the defenders to him and passed the ball to Booth, who had an easy task to cross the line for an unconverted try. making the final score 26-10 to Batley Boys.