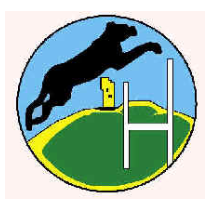 Buffaloes roam into Last of The Summer Wine country to play Newsome Panthers.

A trip into the wilds of outer Huddersfield brought us to what must be one of the most picturesque grounds, but also one of the most exposed pitches in rugby league for our first ever game against Newsome Panthers. The Buffaloes, with new coach Cam Leeming together with Steve Langton, were up against a solid and well-drilled Newsome side who had won all 15 of their games last season.

Newsome made the early breakthrough in the first 10 minutes using the entire width of the field to go round the Buffaloes defence and score wide out on their left. The conversion was missed. Score Buffaloes 0 – 4.

Throughout the next 10 mins, the Buffaloes’ forwards were a strong match for the opposing pack until Newsome, in a mirror image of their first try, passed the ball out wide to the right to score their second try in the corner. Again the conversion was missed. Score Buffaloes 0 – 8.

The following 15 minutes continued to be fairly evenly matched, with the Buffaloes trying hard to get over the Newsome line and getting close on several occasions.

However, on the back of a couple of cheap penalties, Newsome replicated their first two tries, scoring once more wideout. The conversion was missed. Score Buffaloes 0 -12.

Just before halftime, the Buffaloes somewhat robust tackling led to a series of penalties, which inevitably led to a team warning followed by Newsome’s fourth try of the afternoon, this time close to the post. The conversion went over. Half time Buffaloes 0 – 18.

It was one of those games when sheer graft and attitude alone wasn’t going to be enough, but great credit to the Buffaloes for collectively battling and standing toe to toe with their opponents throughout the entire game.

This ‘never say die attitude was rewarded with scoring the game’s final two tries. The first was scored by the strong running Kez Hudson in the 65 min, which made the score Buffaloes 4 – 44. This was followed 5 mins later by a try for Jamie Donnelly on his debut for the first team, which was converted by Connor McGill. Final score: Buffaloes 10 – Newsome 44.

In a post-match conversation with the referee who had refereed both the afternoon’s games, we mentioned his good performance in the A team game when he favoured a 50/50 penalty decision-making process rather than the high number of penalties he gave against the Buffaloes 1st team. His very honest response that should be noted was ”I got tired in the second game and only saw what I could!”

New coach Cam stated after the game that he couldn’t fault the lads who fought (sometimes literally) to stem the tide. ”If they keep a good attitude in training and on match days, I think we will be pushing for promotion this season”. I’m sure everyone will look forward to that turning into reality, and we see the Buffaloes as champions of Division 1.