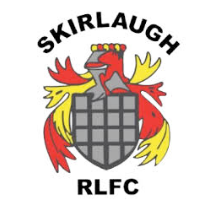 The Buffaloes travelled to Skirlaugh for their third Yorkshire Men’s League game with a much-changed squad, missing Aidan Barayni and club captain, suspended after the Almondbury game. The club welcomed back Tom Welford for his first game of 2022.

The Buffaloes started the game brightly on the attack, probing and pressing, looking for the opening score. This came in the 10th minute when Connor Booth finished off a free-flowing move with a try converted by Connor McGill, giving the Buffaloes the lead 0-6.

Eight minutes later, debutant Sam Marshall crashed over for his first Buffaloes Try, with Connor again being on target with the conversion, extending the leave to 0-12.

On the half-hour, Full back Jamie Donnelly cross for the third try of the afternoon, with Connor again on target with the conversion. Taking the score to 0-18.

During the first half, the home side crossed for a solitary converted try, giving the visitors a halftime score of 6-18.

The referee received extensive treatment from the home side during the break for an injury. And Said that he would do his best to get the game to the hour mark when the result would stand.

Unfortunately, after 8 minutes of the second half, he succumbed to the injury and had to call time on the game.