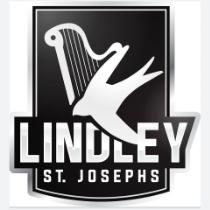 Buffaloes in narrow victory but into the Semi-Finals

The Buffaloes travelled over to Fartown to take on Lindley St. Josephs in the Quarter Finals of the Yorkshire Men’s League Cup.

The Buffaloes first team, who had been without a game since the 7th of May, made a few changes to the team, with Sam Neave making his first start since 2011. Martin Loveridge replaced the suspended Brad Wilson at Scrum-half, Jacob Oldroyd started at prop, and Curtis Sidebottom returned in the second row.

St. Josephs started the game well, crossing for the game’s opening points in the second minute. The acting half threw a dummy on the back of a repeat set and strolled over for the try, which was converted. Giving the home team the lead, six points to nil.

The Buffaloes regained possession and applied pressure to the home team from the restart. Martin Loveridge put in a cross-field kick, and the ball was regathered in the air by Kieran Hudson, who placed the ball in the in-goal area for an unconverted try, narrowing the lead to 6-4.

The Buffaloes tried to take control of the game with Barnstorming Second Rower Curtis Sidebottom had two tries disallowed. The first for a forward pass and the second for allegedly dropping the ball over the line. However, these disappointments were made up for when in the 14th minute, he crossed for a try on the back of three successive penalties to the Buffaloes, giving them the lead 6-8.

The rest of the first half was a battle, with both teams pushing for the ascendency. Still, no other score came before halftime, despite the home side being camped on the Buffaloes line for the last five or so minutes of the half.

The second half started in the same vein as the first, with the home side scoring in the 2nd minute of the half, following a Buffaloes mistake from the Kickoff. One of the Lindley substitutes weaved past three defenders to score next to the posts for a converted try. giving them the lead 12-8.

In 46 minutes, the Buffaloes had another seemingly legal try disallowed for an offside decision. To be fair, it must be hard for the referee to keep his eye on offside at kicks and keep an eye on everything else that, in reality, touch judges would do if we had them. Jack Boot and Man of the match Louie Morrison went on rampaging runs before the supporting Loveridge floated a kick over to the corner, batted back by Kacper Mroz, to Hudson. The latter thought he’d bagged his second of the game.

In the 53rd Minute, Winger Sam Marshall broke through the defensive line and sprinted down to the wing. Drawing the Fullback towards him before passing the ball inside to the supporting Sam Neave for his first Buffaloes try since 2011. Connor McGill landed the conversion from the touchline to give the Buffaloes the lead back, 12-14.

In the 58th Minute, St Joes were awarded a raft of penalties, moving them downfield. The last one was in a kickable position, and they took advantage of this to kick the penalty, levelling the scores at 14 all.

From the Kickoff, the Home side battled their way down the field. They popped over a drop goal on the sixth tackle with 19 minutes on the clock, with them now in front 15-14.

In the 66th minute, the Buffaloes were awarded a penalty to the right of the posts. The decision was taken to go for the two points; up stepped Connor, who pushed the ball wide.

Three minutes later and Neave crossed for his second of the afternoon, following another break by winger Marshall. The conversion attempt was unsuccessful, but crucially the Buffaloes had the lead back with the score at 15-18.

The last ten minutes of the game were frantic, with the home side throwing everything they had left in the tank at the Buffaloes. The Buffaloes scrambled in defence to repel the attackers and stood firm while looking for breaks of their own to put the game beyond doubt.

However, both teams were unsuccessful. The game ended with the score remaining at 15-18 to the Buffaloes and a place booked in the semi-finals.