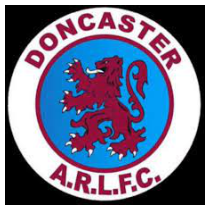 The Buffaloes travelled to Doncaster to face the side sitting at the top of the Premier division, Doncaster Toll Bar ARLFC.

The visitors came on the of a narrow defeat the previous week against King Cross Park, who we face in our next game, while the home side we buoyed by a win in the quarter-final last weekend.

The Buffaloes were forced into a few changes to the team due to late dropouts but gave debuts to Murphy Smith and Jake Normington.

The Home started the game on the front foot, taking it to the Buffaloes, and in the third minute, crossed the whitewash for a converted try, giving them the lead, six points to nil.

Five minutes later and they cross again for their second try of the game, on the back of a repeat set following a Buffaloes indiscretion. The conversion attempt dropped short, and Doncaster extended the lead to 10-0.

On 12 minutes following a break, which capitalised on some poor defence, the home sides hooker threw a dummy at the play-the-ball and fell over the line for a converted try taking the score to 16-0.

The Buffaloes were then able to mount some pressure on the Toll Bar quarter for the first time in the game and were rewarded with three consecutive penalties inside the home side’s 20-metre zone but were unable to capitalise on the pressure.

In the 20th Minute, The Buffaloes’ captain and hooker, Lochlan McGill, was sin-binned for foul play. The Buffaloes managed to hold out the home side for nine of the ten minutes, the hooker was off the field, but with less than a minute before he was due back on, the pressure told on a tiring Buffaloes defence and Toll Bar crossed out wide for an unconverted try, making the score to 20-0.

Four minutes from the break, Toll Bar scored another try out wide, again unconverted, extending the lead to 24-0.

With halftime approaching, the Buffaloes were on the attack and put a cross-field kick up in the air, which Kacper Mroz caught and powered his way towards the line, but was stopped short. In the tackle, the referee waved ‘six-again’, and the Buffaloes attacked again, and Jamie Donnelly beat the defenders to score just inside the corner post. Connor McGill added the conversion, making the halftime score 24-6.

The Buffaloes started the second half like they finished the first, on the attack.

In the 43rd minute, debutant Jake Normington barged his way over the try line for a converted try, with Connor adding the extras, bringing the score to 24-12.

The next twenty-minute period of the game ended with both teams looking to capitalise on the other’s mistakes and gain field position from penalties awarded. And this was the case until the 61st minute when the home side scored another converted try—taking the score out to 30-12.

Three minutes later, the Toll Bar Second Rower, Alex Palmer, was dispatched to the sin-bin for persistent offence in the tackle.

In the 72nd minute, Toll Bar put the game beyond doubt with a converted try. Making the score 36-12.

In the 75th minute and the first tackle after his return to the field, Palmer was sent off for a foul in the tackle.

Three minutes later, with the buffaloes on the attack looking for a consolation score, a frustrated Lochlan McGill was sent off for foul play while in possession of the ball.

The remainder of the game pittered into a penalty fest, and the referee brought the game to a close, with the home team victorious 36-12. and gained a place in the final of the Cup.