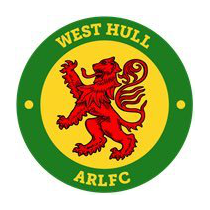 Buffaloes blow West Hull away in a thrilling encounter at Kingston upon Hull.

Despite some last-minute dropouts and an early start for the players, the squad looked strong on the team sheet, with Peter Croft returning at full-back after a spell away from the club.

The Buffaloes started strongly, forcing West Hull onto their own line, and on 3 occasions in the first 10 mins, the Buffaloes were over the line but couldn’t get the ball down. First, Charlie McMurray was held up after one of his many charging runs on the day, this was followed by Cam McGill, who was also held up, and then Tom Langton galloped past the cover tacklers to ground the ball over the line, but the referee appeared to be the only one on the ground to see an infringement, perhaps a knock-on or a double movement was given – his signal was unclear.

The Buffaloes kept Hull in their own half, and a well-worked cross-field move that went through 4 pairs of hands found Cam McGill on his wing with enough space to score in the 15 min. In the strong wind, Connor McGill’s conversion attempt went wide. Score Buffaloes 4-0

Though the Buffaloes continued to press, West Hull somehow kept them out, and there was no further score until the 35th minute, and it was Hull who, on the back of a couple of penalties, went into the Buffaloes half. They quickly moved the ball out to their left, and Kes Hudson saw the danger and looked to have made a try-saving tackle, but the Hull centre just found his supporting wingman, who beat the despairing Cam McGill’s cover tackle for Hull’s first try converted try Score Buffaloes 4 – 6.

The fans were wondering if the Buffs would rue their 3 early ‘near misses’, but only 2 mins later, a well-worked cross-field move went through 4 pairs of hands to find the ever eager Cam McGill to run passed the Hull wingman (who had just score at the other end) to go in for his second try. The conversion went wide. Score Buffaloes 8 -6

In the second half, the Buffaloes played West Hull off the park. The first try was in the 47 min when Aiden Barayni used his power and pace to score a lovely try
. Connor McGill converted. Score Buffaloes 14 –6.

In the 57th minute, we were treated to surely the best try the Buffaloes are likely to score this season. From just over halfway, Aidan started the move before passing to Connor, who off-loaded to Curtis before the final pass went to supporting Bailey Harman, who finished the movement close to the posts; Connor McGill’s conversion was good Score: Buffaloes 20-6.

Connor McGill’s kicking game was superb today, and he constantly pushed the tired Hull side back into their own 20-metre zone, who then struggled to make inroads through the tough Bramley tacklers who, to a man, were determined not to let West Hull add any further tries.

Though the Buffaloes continued to press forwards at every opportunity, Curtis Sidebottom went on a storming run in the 70th minute to break through several would-be tacklers to go over for a try. Conversion by Connor McGill: score Buffaloes 26-6

The final try of the day was scored by tireless Kes Hudson, who had played strongly throughout in both attack and defence, and he forced his way over for the Buffaloes final try of the day.
Tom Jenkins’s conversion attempt from wide out on the right narrowly went past the posts.

Overall a great team performance. Each and every player played their part, running hard and defending well. It’s not often we return from Hull with a win and without controversy, but this performance left the Buffaloes coaches brimming with praise and confidence for the season ahead. We got through a trip to Hull without getting soaked through to the skin and victorious. A win-win.